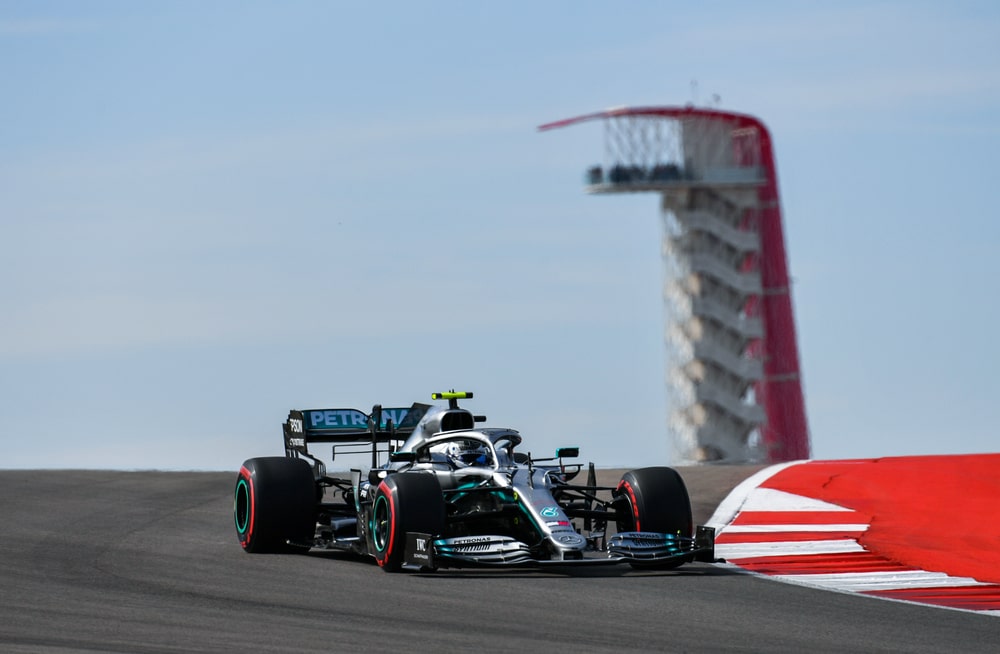 Bottas wins in the US as Vettel retires early

Valtteri Bottas took victory at the FORMULA 1 UNITED STATES GRAND PRIX 2019, retaking the race lead from his teammate late in the race. It was a horrific weekend for Ferrari, who had a car retire early in the race and a second car that couldn’t do much in race.

Valtteri Bottas got away well off the line from pole position, as did Max Verstappen from P3. Verstappen was able to get by a slower Sebastian Vettel into the first corner.

A couple of rows back, Alexander Albon and Carlos Sainz collided in the first corner. Sainz was brave around the outside of the corner and Albon found himself sandwiched between Charles Leclerc and the McLaren. Albon pitted for new tyres.

Vettel lost a lot of positions at the start of the race. Lewis Hamilton overtook him around the outside of turn 8 and Leclerc got by his teammate into the turn 11 hairpin. He also lost positions to Lando Norris and Daniel Ricciardo early in the race.

Vettel began to complain of damage to his car, but he didn’t hit anything and the team wasn’t able to see any damage to the car. He was well off the pace, struggling with understeer in the corners.

His race came to an end after just eight laps. While trying to keep up with Ricciardo and Norris, he ran a little wide at turn nine onto the kerbs. His rear suspension failed.

A quarter of the way into the race, Hamilton was gaining time on Verstappen with some DRS assistance. Verstappen was the first of the lead cars to dive into the pit lane, taking the hard compound tyres. Bottas responded the following lap, preventing the undercut by Red Bull. Both drivers quickly darted past Leclerc a couple of laps later.

On lap 21, Leclerc pitted for fresh hard tyres. It was a slow stop at the Ferrari pit box, holding Leclerc for nearly 8 seconds.

Hamilton stayed out, as Bottas rapidly began to gain time. Mercedes called Hamilton into the pits, but he opted to stay out for an additional lap. Stuck behind Hamilton, Bottas was losing time and tyre life, so he was told by the team that he could attack. He breezed past Hamilton and into the lead of the race. Hamilton pitted for hard tyres on lap 25, staying well ahead of Leclerc.

On lap 34, Bottas lost some time overtaking backmarkers, arriving at the battle at the wrong time. Verstappen pitted for a fresh set of medium compound tyres. Mercedes responded to the undercut threat with a set of medium tyres a lap later. This gave Hamilton the race lead.

With the end of the race rapidly approaching, Bottas was gaining time on Hamilton. However, the backmarkers were nullifying at a lot of that time gained, allowing Hamilton to preserve a race lead.

With a little more than ten laps remaining in the race, Leclerc made a free pit stop from P4 for the soft compound tyres. He decided to take the fastest lap, numbing some of the pain from Ferrari’s bad weekend.

Free of the lapped traffic and with just 10 laps remaining in the race, Bottas finally started to close the gap to the lead. He needed to get by Hamilton before his own tyres began to drop off late in the race.

With five laps remaining in the race, Bottas got within the DRS range of Hamilton. The leaders began to approach backmarkers Lando Norris, Pierre Gasly, Sergio Perez and George Russell. Both Mercedes drivers fought their way through the lapped cars. Bottas made an overtaking attempt on his teammate but ran wide.

He was eventually able to easily get by Hamilton down the long back straight with younger tyres and some help from the DRS. But while the two were fighting, Verstappe slowly made his way dangerously close to striking distance. Hamilton’s tyres were starting to drop off.

On the penultimate lap, Kevin Magnussen beached himself in the gravel in the second sector after a brake failure. The double yellow flags at the end of the back straight helped Hamilton fend off Verstappen, who was now within the DRS range. Verstappen wasn’t able to get by the Mercedes, having to settle for the bottom step of the podium.

With a P2 finish, Hamilton officially secured his sixth World Drivers’ Championship title, standing next to his teammate on the podium.

Although the championship may be decided, there are still two races remaining in the 2019 season. The teams will be in Brazil on the weekend of November 17 for the penultimate round of the championship.