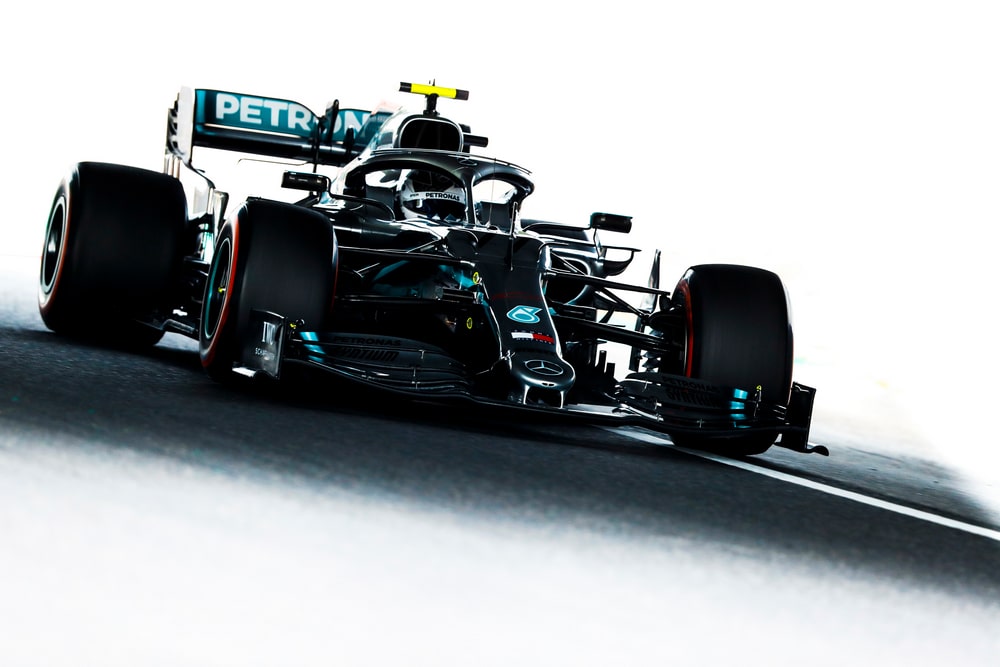 The FORMULA 1 JAPANESE GRAND PRIX 2019 was a weekend that originally started out under rainy conditions and ended with a busy Sunday. Mercedes finished the weekend with both championship titles in their hands.

Thanks to Typhoon Hagabis, Saturday’s running was cancelled. Qualifying was rescheduled to Sunday morning, just four hours ahead of the race. The final free practice session was excluded from the schedule, reducing the time teams could spend setting up for the race.

Contrary to the day before, the track was dry when it came time to start the race. Sebastian Vettel earned his first pole position since Canada, but his celebration was shortlived. He jumped the start, causing him to get an incredibly slow start off the line and allowing Valtteri Bottas to easily jump into the lead from P3 before the first corner. Vettel was not given a penalty for the jump start, presumably failing to trigger the automated sensor.

Charles Leclerc also had a slow start from second on the grid. Max Verstappen tried to make a move around the outside of the first corner, but Leclerc lost downforce and ran into the side of the Red Bull. Verstappen spun and Leclerc continued with a damaged front wing. Verstappen later retired from the race to save the car.

The stewards originally decided not to investigate the incident, but later changed their mind. They opted to look at the collision after the race.

Shockingly, Leclerc ignored his team’s orders to pit for repairs. The front wing endplate was sparking as it dragged along the circuit. His Ferrari was shedding carbon fibre. His front wing endplate eventually broke loose down the high-speed run-up to 130R, flying into Lewis Hamilton’s mirror and sidepod.

Leclerc continued to stay out on the circuit, claiming the car was performing good and showing strong pace. He eventually pitted for a new front wing, releasing Hamilton to chase down Vettel.

There was more drama at the Red Bull garage on the fourth lap. Alexander Albon made a dangerous overtake on Lando Norris for P5 in the final chicane. He launched a dive bomb into the corner, flying into the corner much faster than ordinary and slamming into Norris. Albon continued with only minor damage. Norris pitted and fell to the back of the field.

At the front of the field, Bottas was able to create a sizable gap to the pursuing Ferrari of Vettel. Vettel was the first of the leaders to pit for new tyres, locking himself into a two-stop strategy. He took another set of soft tyres.

Bottas responded the following lap, taking a set of medium tyres. Mercedes decided to split their strategy. They gave Bottas a two-stop strategy and Hamilton a one-stop. Hamilton pitted on lap 21 for mediums, but the team admitted on the team radio that a one-stop strategy would be a struggle. Hamilton was convinced that the hard tyre would have been a better choice for the strategy.

Hamilton closed the gap to Vettel late in the race, challenging for P2. On the fresher tyres, Hamilton appeared to be faster but was struggling to get close enough to the Ferrari to take P2. There were some good opportunities to overtake as the duo navigated their way through the traffic, but Hamilton just couldn’t make a move and had to settle for the bottom step of the podium.

Meanwhile, Leclerc made a late pit stop to try and steal the point for the fastest lap from Hamilton. He pitted for a new set of tyres, but setting the fastest lap would involve unlapping himself from Bottas. But Leclerc was not able to secure the fastest lap.

It was Bottas who took the race victory, as Vettel managed to prevent Hamilton from scoring a 1-2 finish for Mercedes. Because Leclerc was not able to take the point for the fastest lap, Mercedes secured another World Constructors’ Championship title in Japan. In addition, they have guaranteed that a Mercedes driver will be crowned the World Drivers’ Championship by the end of the season, as the rest of their competitors fell out of mathematical contention. This makes Mercedes the first-ever F1 team to win a sixth consecutive double championship.