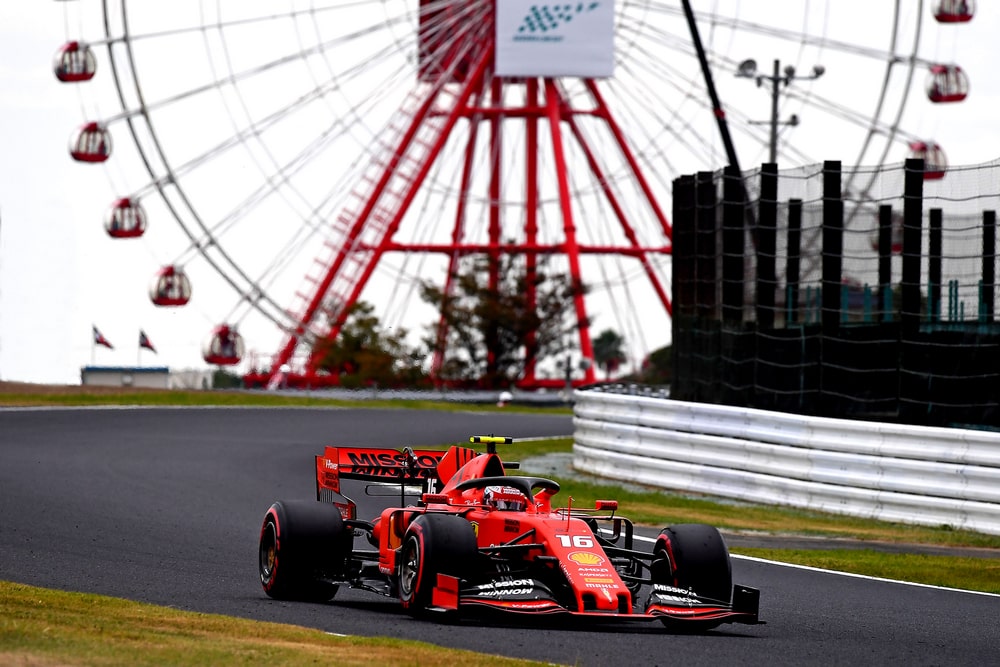 The FIA has handed Charles Leclerc two time penalties for his opening incident at the start of the Japanese Grand Prix, dropping him down a position in the final results.

The incident in question occurred in the first corner of the Japanese Grand Prix and involved Max Verstappen. After getting a poor start off the grid, Leclerc was on the inside of the opening corner and Verstappen attempted to place his Red Bull around the outside of the corner. Leclerc appeared to lose downforce when his teammate crossed the air in front of him and he understeered into Verstappen.

The collision caused some damage to Verstappen’s car. The team attempted to keep him in the race, but the damage was too severe and the team couldn’t justify burning through the power unit.

The stewards also ruled on an incident that took place after the initial collision. Having sustained heavy damage to his front wing, Leclerc was shedding carbon fibre debris while his front wing endplate hung from the car. He remained out on the track after the first lap but, according to the race stewards, the team said that he would pit for repairs at the end of the second lap.

He didn’t pit at the end of the second lap. Instead, the FIA race director was forced to instruct Ferrari to pit the car for repairs. This earned Leclerc another ten-second time penalty.

Leclerc was showing a strong pace despite the damage but was a risk to other drivers on the circuit. On the second lap, his front wing endplate dislodged down the fast straight leading to 130R. The debris flew into the pursuing Lewis Hamilton, damaging his mirror.

The penalties have resulted in Leclerc being demoted to P7 in the race results, losing two championship points. Daniel Ricciardo was promoted to P6.