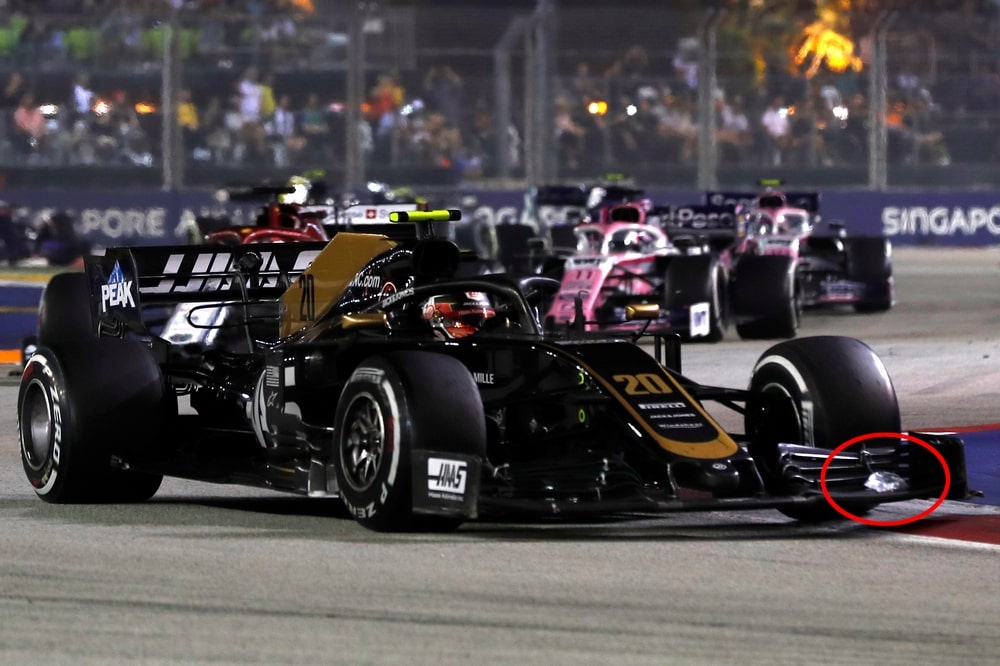 Some protesters argue that plastic bags kill the environment. If Kevin Magnussen were to join the movement against plastic bags, his protest sign would probably read “plastic kills… my pace” after today’s Singapore Grand Prix.

After the second safety car period of the day, Magnussen was looking like he was on track to give the team four points with a solid P8, up from his P14 starting position.

However, his day was spoiled by a rouge plastic bag that became trapped in his front wing during the final safety car period. The bag caused a big drop in pace and increased tyre degradation. The situation was so bad that the team was forced to pit him on lap 56 to remove the bag.

“We had a good first lap and good pace in the car,” he explained in the team’s press statement. “Then we just had all these safety cars work against us. On top of that we had a plastic bag over the front wing, we had to pit to remove that. It was a disaster from there.”

Although it’s likely little consolation for him, Magnussen did manage to secure the fastest lap of the race thanks to the new set of soft tyres that the team fitted to the car during the last emergency pit stop. But he still walks away from the weekend empty-handed, since he was not within the top ten and could not gain the point for fastest lap.