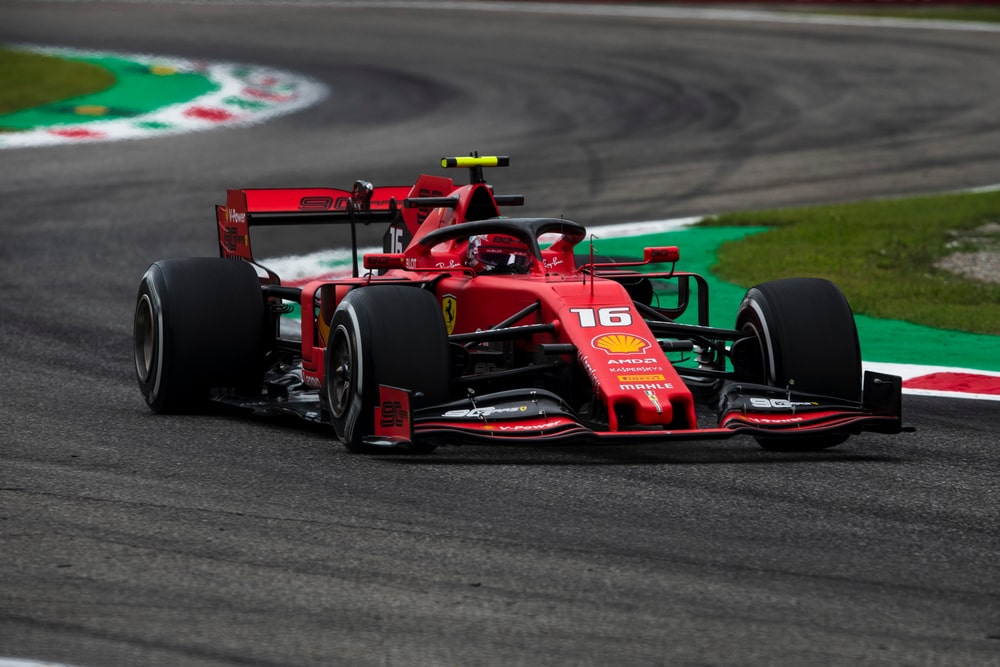 Leclerc holds off Mercedes to win in front the Italian fans

A week after getting back to action in Belgium, the teams were in Italy for the FORMULA 1 GRAN PREMIO HEINEKEN D’ITALIA 2019. The Ferrari fans saw their home team win for the first time since 2010.

Charles Leclerc had a good start off the line, as did Lewis Hamilton from P2 on the grid. The two were wheel-to-wheel on the run to the first corner, but Hamilton had to back out in the corner. Valtteri Bottas went around his teammate in the first corner, but it was shortlived since he didn’t have a good line into the second corner and lost the position.

A bit further back, Max Verstappen collided with Sergio Perez into the first corner, damaging his front wing.

On the first lap, Nico Hulkenberg was able to find his way around Vettel into P4. However, Vettel was able to use the slipstream to retake the position down the main straight at the start of the second lap.

Alexander Albon made a brave dive into the turn 4-5 chicane on the inside of Carlos Sainz. He got by, but the McLaren had a better run out of the chicane. Albon found himself on the outside of the Curve di Lesmo and the pair ran out of space. They collided, forcing Albon into the gravel. Both drivers continued without having to visit the pit lane.

Sebastian Vettel spun from P4 in the fast Ascari chicane. He came to a stop on the inside grass of turn nine. He attempted to rejoin the race while Lance Stroll was going by and struck the rear tyre of the Racing Point car, spinning him off the circuit. Lance Stroll then attempted to rejoin the circuit in a similarly unsafe manner to Vettel, cutting off Pierre Gasly. Gasly was able to take evasive action and run into the gravel to avoid a collision. Vettel pitted for a new front wing.

These incidents caught the attention of the stewards. Vettel earned a 10-second stop-and-go penalty, the most severe race penalty the stewards can apply, and Stroll earned a drive-through penalty.

The pit window opened on lap 20. Mercedes was first to call their driver in, pitting for mediums. Ferrari responded, pitting Leclerc the following lap but opting for the hard compound tyres instead. He came out narrowly ahead of Hamilton.

Fortunately for Leclerc, the Renault cars were not far ahead. The slipstream and DRS of both Hulkenberg and Daniel Ricciardo helped Leclerc stay ahead of Hamilton.

Hamilton attempted to overtake Leclerc a few laps later. The two were wheel-to-wheel into the turn 4-5 chicane. Leclerc squeezed Hamilton off the circuit and Hamilton was forced to cut the chicane. Leclerc was able to maintain the position and escaped a penalty, although he was shown the black and white flag for driving standards.

Bottas pitted on lap 28 for medium tyres, converting Hamilton and Leclerc’s battle for P2 into a battle for the race victory. Hamilton was well within DRS range, but could not get by Leclerc.

The battle at the front was slowed a bit by two short virtual safety car periods. The first was to clear Sainz’s car from the exit of the pit lane. His front tyre was not tightened during his pit stop. The second was for Daniil Kvyat, whose engine gave up.

As Hamilton began to close in on the leading Ferrari, Leclerc locked up in the first corner. He cut across the second corner, maintaining his lead and blocking Hamilton in the run to the turn 4-5 chicane. The incident was noted by the stewards but only warranted a warning.

As Bottas, on the fresher tyres, began to close the gap to Hamilton many were wondering if Mercedes would swap their drivers to allow the faster Bottas to challenge for the race win. That discussion was quickly nullified when Hamilton locked up into the first corner on lap 42. He was forced to bypass the chicane through the runoff area, losing the position to his teammate.

With just a few laps remaining in the race, Hamilton took advantage of a free pit stop to push for the fastest lap late in the race. He was able to do so and gain an extra point in the championship.

With just a few laps remaining in the race, Bottas had closed to within DRS range of Leclerc. He was about half a second behind Leclerc into the first corner, but Bottas overdrove the first chicane. With time quickly winding down, there wasn’t enough time for Bottas to recover all of his work.

Leclerc won the race, joining the list of Ferrari drivers who have won in front of the Italian crowd. Both Mercedes drivers complete the podium.