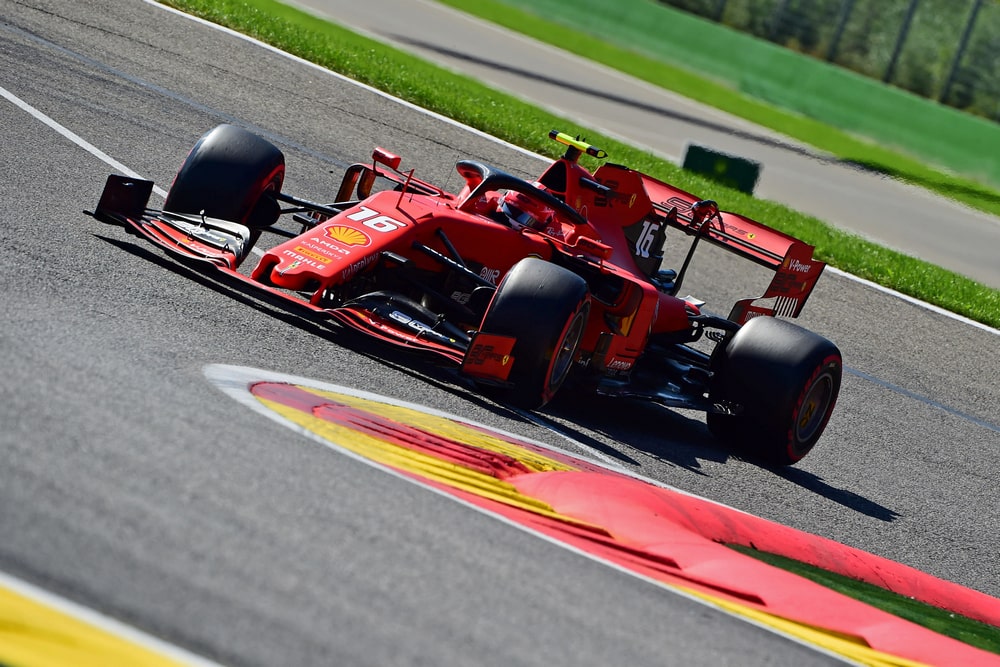 After fitting some much-needed summer relaxation into their busy Formula One schedule, the drivers and teams were ready to resume the 2019 season this weekend in Belgium for the FORMULA 1 JOHNNIE WALKER BELGIAN GRAND PRIX 2019.

Race day began with a moment of silence to honour French Formula 2 driver Anthoine Hubert who was killed in an accident at the circuit on Saturday. He was just 22. Many of the drivers started the race with heavy hearts.

Charles Leclerc started well in the race, maintaining his race lead on the first sector. Sebastian Vettel was able to drag race Lewis Hamilton down the Kemmel Straight.

Further back in the field, the safety car was deployed for an incident in the first corner. Max Verstappen had a poor start off the line. Into the first corner, he dove onto the inside of Kimi Raikkonen. Raikkonen, who likely couldn’t see the Red Bull, turned in. The pair collided, sending Raikkonen’s Alfa Romeo on two wheels. Raikkonen was able to continue after a few pit stops during the safety car period, but Verstappen’s steering failed up the hill and he slammed into the barriers.

Daniel Ricciardo was an unfortunate victim of this incident as well. He slowed for the accident unfolding in front of him and was hit from behind. He pitted for repairs and resumed the race from near the back of the field.

Carlos Sainz had an unlucky showing in the race. He stalled his car on the grid, starting himself far behind the rest. He pitted under the safety car and stalled in the pit box, having to be restarted by the crew. Finally, he caused the safety car to be extended when he stalled in the final chicane ahead of the rest of the field, just as the race was about to resume.

When the did resume, Leclerc maintained his race lead. He was able to create a gap to his teammate in P2. Hamilton hovered around the DRS range, eager to get around Vettel and begin chasing down the race leader, but he wasn’t able to stay within a second for long.

Vettel was the first of the lead cars to pit for new tyres, swapping onto a set of mediums on lap 16. He rejoined the race behind the McLaren of Lando Norris, which slowed his pace slightly. He was able to get by the rookie the following lap.

Despite having the chance to maybe launch an overcut attempt, Mercedes kept Hamilton out instead of into the pit lane. The chance to come out in front of Vettel was looking promising until Vettel got by Norris. In clean air, Vettel showed strong pace, setting the fastest lap. Not only was his eating away at Hamilton’s chances of the overcut, but also eating away at his teammates own race lead, with many projections showing that Leclerc would lose the race lead to Vettel after the pit stop.

With the younger tyres to his advantage, Leclerc caught up to his teammate in no time. Ferrari arranged the driver swap down the main straight at the start of lap 27.

With 15 laps remaining in the race, Leclerc was in the lead by five seconds. Vettel was struggling to hold off the pursuing Hamilton, who had newer tyres and was within DRS range. His first attack came in the final chicane without the help of DRS. Using pure slipstream down Blanchimont, Hamilton was able to catch up to Vettel. The rivals were wheel-to-wheel in the final chicane, but Hamilton wasn’t able to get by.

Instead, he had to wait until the Kemmel Straight. He zoomed past Vettel down the straight with the DRS. Under pressure from Bottas a few laps later, Ferrari pitted Vettel for a new set of tyres on lap 34.

Thanks to the work of his teammate to hold off his competition, Leclerc held a more than six-second lead when that battle was finished. While Hamilton’s pace originally looked threatening, the story changed after he got past Vettel. The pace slowed, but it was certainly not gone.

In the closing stages of the race, Hamilton was close enough to put on the pressure, but Leclerc was able to hold onto his lead and earn himself his first-ever career victory.

This was the first race of a back-to-back weekend. The teams will be heading to Italy for the race next weekend.