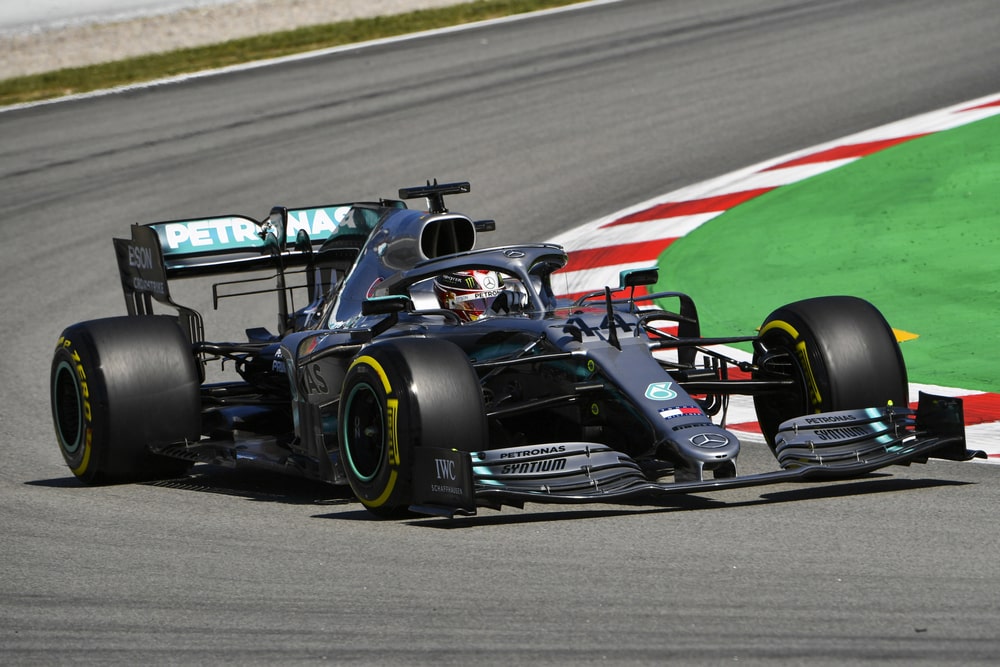 Hamilton takes championship lead with a win in Spain

Mercedes continued their domination of the 2019 season, earning their fifth 1-2 finish at the FORMULA 1 EMIRATES GRAN PREMIO DE ESPAÑA 2019 in Barcelona. Pit strategy was featured heavily in the race, with the drivers selecting an array of different strategies.

Off the line, Lewis Hamilton got away slightly better than his pole-sitting teammate, putting the duo side-by-side into the first corner. Sebastian Vettel joined the battle, making it three-wide around the corner. On the outside of the corner, Vettel locked up the brakes and running wide, nearly collecting his teammate when he rejoined the circuit. Valtteri Bottas, who was in the middle of the battle, got very twitchy in the corner. Although he was able to make the save, he lost a lot of speed on the corner exit, giving his teammate a safe gap in the lead.

Max Verstappen was able to capitalize on Vettel’s first corner performance, getting in front of both Ferraris. Vettel came away from the incident complaining of flat spotted tyres.

Ten laps into the race, Charles Leclerc had caught up to his teammate and was beginning to lose time because of it. With Vettel nine seconds behind Verstappen and dropping further back each lap, Ferrari could not afford to waste time fighting each other. Ferrari eventually Vettel to let Leclerc through.

Vettel quickly dropped off his teammate and was losing time rapidly to Pierre Gasly. After pleading to the Ferrari pit wall for new tyres, he finally got his wish on lap 20. He pitted for new medium tyres, but the stop was slow due to some issues with the left-rear tyre. He rejoined the race in P10.

At the front of the race, the Mercedes cars were dominating the race. By lap 18, Hamilton had started to lap the backmarkers with Bottas following through as well four seconds later.

Red Bull covered off any challenge from Ferrari, pitting for soft tyres. Selecting the soft tyres confirmed the team’s intention to run a two-stop pit strategy since the regulations require drivers to use at least two different tyre compounds. He rejoined the race in P5.

Pierre Gasly took a more conventional strategy, pitting for medium compound tyres during his pit stop. The same could not be said for Charles Leclerc, who was fitted with the hard compound tyres on his car, making him the only top 10 car to do so. There were again issues at the Ferrari pit box with the left-rear tyre, similar to Vettel’s stop.

Both Mercedes cars soon pitted for medium tyres; Bottas on lap 27 and Hamilton on lap 28. Because the duo was so far in the lead of the race, they were able to pit without losing any track position.

At the halfway point of the race, Vettel had caught up to his teammate, climbing into DRS range. The decision to swap the Ferrari drivers took a very long time and there was potentially some confusion on the Ferrari pit wall about the pit strategies. Some Ferrari engineers were saying that the two were on the same strategy, while others said that Vettel was one the two-stop strategy. Vettel was finally given the position over his teammate, albeit quite a few laps later than he expected.

Vettel was not unleashed for long, as the pit window opened for the two-stop strategy. He pitted for the medium tyres on lap 41, coming out behind Gasly. However, he made quick work of Gasly, overtaking him that same lap.

A few laps later, Verstappen made his second required pit stop for the medium compound tyres. Bottas did the same two laps later, but luck was not on his side as the safety car was deployed the following lap.

Lando Norris was attempting to overtake Lance Stroll. Norris threw his McLaren to the outside of Stroll into the first corner, but the two collided when the right-hand corner transitioned into a left-hand corner. There was no space for Norris and the two spun into the gravel. The safety car gave Hamilton and Leclerc free pit stops. Both took medium tyres.

Despite being closed up by the safety car, none of the lead drivers were able to advance any positions in the closing stages of the race. Hamilton was on top of the podium with Bottas alongside him on the second step. Verstappen stood on the bottom step of the podium for the second time this season.

With another 1-2 finish for Mercedes, the German team increases their lead at the top of the World Constructors’ Championship table. With a win in Spain, Hamilton takes the lead of the World Drivers’ Championship, now nearly 50 points above the closest non-Mercedes challenger. This is Verstappen, who jumps Vettel in the championship standings.

Next up, it’s arguably the most prestigious race on the Formula One calendar: The Monaco Grand Prix. The teams will be navigating the narrow streets in the principality of Monaco, often considered the playground for the wealthy. The race will take place on May 26.